Neck sprains and strains, commonly known as whiplash, are the most frequently reported injuries in U.S. insurance claims. In 2007, the cost of claims in which neck pain was the most serious injury was about $8.8 billion, or 25 percent of the total payout for crash injuries.
Head restraints help prevent whiplash. When a vehicle is struck from the rear, the seatback pushes against an occupant’s torso and propels it forward. If the head is unsupported, it lags behind the torso until the neck reaches its limit, and the head suddenly whips forward. A good head restraint prevents this by moving an occupant’s head forward with the body during a rear-end crash.
Head restraints should be properly adjusted. The top of the head restraint should be even with the top of the head or, if it won’t reach, as high as it will go. The distance from the back of the head to the restraint should be as small as possible.

The rate of neck injury complaints is 15 percent lower in cars and SUVs with seat/head restraint combinations rated good compared with poor. The results for serious injuries are more dramatic. Thirty-five percent fewer insurance claims for neck injuries lasting 3 months or more are filed for cars and SUVs with good seat/head restraints than for ones rated poor.
These are the main findings of a new Institute study of thousands of insurance claims filed for damage to vehicles, all 2005-06 models, that were struck in front-into-rear impacts. Conducted in cooperation with State Farm and Nationwide, the study is the first time seat/head restraint ratings based on dynamic tests conducted by the Institute have been compared with real-world neck injury results.
“In stop-and-go traffic, you’re more likely to get in a rear-end collision than any other kind of crash, so you’re more likely to need your seat and head restraint than any other safety system in your vehicle,” says David Zuby, the Institute’s senior vice president for vehicle research. “This is why it’s so important to fit vehicles with seats and head restraints that earn good ratings for saving your neck.”
The Institute has been measuring and rating head restraint geometry since 1995. The higher and closer a restraint is, the more likely it will be to prevent neck injury in a rear collision. In 2004 the Institute added a dynamic test simulating a rear crash to refine the ratings. Vehicles are rated good, acceptable, marginal, or poor based on both restraint geometry and test results (see Status Report special issue: protection against neck injury in rear crashes, Nov. 20, 2004). The same rating system is used internationally by a consortium of insurer-sponsored organizations, the International Insurance Whiplash Prevention Group.

An estimated 4 million rear collisions occur each year in the United States. Neck sprain or strain is the most serious injury in one-third of insurance claims for injuries in all kinds of crashes. The annual cost of these claims exceeds $8 billion annually.
While findings about real-world neck injury in vehicle seats rated good and poor are clear, those for seats rated acceptable and marginal aren’t as clear. There wasn’t any reduction in initial neck injury complaints for acceptable and marginal seats, compared with poor, though long-term neck injuries were reduced.
“The long-term injuries are the very ones we want to reduce because they’re the most serious,” Zuby points out. “While many neck injuries involve moderate discomfort that goes away in a week or so, about one of every four initial complaints still was being treated three months later. These longer term injuries involve more pain and cost more to treat. They’re being reduced about one-third in vehicles with seat/head restraints rated good compared with poor. Serious neck injuries also are being reduced in seats that are rated acceptable or marginal.
Improvements
More and more passenger vehicles are being equipped with seats and head restraints rated good. When the Institute started evaluating and comparing the geometry of the head restraints in 1995 model cars, only a handful were rated good and 80 percent were poor. Then the automakers responded, and by 2004 about 4 of every 5 head restraints had good or acceptable geometry (see Status Report special issue: protection against neck injury in rear crashes, Nov. 20, 2004). Similarly, the dynamic performance of seat/head restraint combinations is improving. Only 12 percent of 2004 model cars had combinations rated good, but by the 2007 model year the proportion had increased to 29 percent (see “Head restraints are improving but not fast enough,” Aug. 4, 2007).
These improvements are being driven not only by ratings of seat/head restraints published by the Institute and other insurer-sponsored groups but also by a U.S. standard that will require the restraints to extend higher and fit closer to the backs of people’s heads by the 2009 model year. In the United States, automakers also have been spurred by the Institute’s TOP SAFETY PICK award. To win this designation, a vehicle has to earn good ratings in all three tests — front, side, and rear.
How the injuries occur
When a vehicle is struck in the rear and driven forward, its seats accelerate occupants’ torsos forward. Unsupported, an occupant’s head will lag behind this forward torso movement, and the differential motion causes the neck to bend and stretch. The higher the torso acceleration, the more sudden the motion, the higher the forces on the neck, and the more likely a neck injury is to occur.
Injuries in rear crashes

These vehicles didn’t sustain a lot of damage when they were struck from behind, but the drivers were treated for injuries suffered in the impacts. Neck sprains and strains are the most serious problems reported in about 1 of 3 insurance claims for injuries. This problem could be reduced by equipping vehicles with seat/head restraints rated good, based on Institute tests. Twenty-nine of all recent model cars and 22 percent of other passenger vehicles have systems rated good for protection against neck injury.
Factors that influence neck injury risk include gender and seating position in addition to the designs of seats and head restraints. Women are more likely than men to incur neck injuries in rear crashes, and front-seat occupants, especially drivers, are more likely to incur such injuries than people riding in back seats are.
The key to reducing whiplash injury risk is to keep an occupant’s head and torso moving together. To accomplish this, the geometry of a head restraint has to be adequate — high enough and near the back of the head. Then the seat structure and stiffness must be designed to work in concert with the head restraint to support an occupant’s neck and head, accelerating them with the torso as the vehicle is pushed forward.

To correlate seat/head restraint ratings with real-world neck injury risk, researchers studied about 3,000 insurance claims associated with rear crashes of 105 of the 175 passenger vehicles (2005-06 models) for which the Institute has ratings based on both restraint geometry and seat performance in dynamic tests. The claims were filed with State Farm Mutual Insurance and Nationwide Insurance, which together account for more than 20 percent of the personal auto insurance premiums paid in the United States in 2005. The researchers modeled the odds of a neck injury occurring in a rear-struck vehicle as a function of seat ratings (good, acceptable, marginal, or poor), while controlling for other factors that also affect neck injury risk, such as vehicle size and type and occupant age and gender. 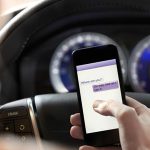 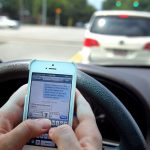