LOW IMPACT OR NO PROPERTY DAMAGE DOES NOT MEAN NO INJURY

Some car crashes may not be serious or they are considered “Low Impact” or the infamous “No Property Damage”.  I know adjustors love these phrases, but the reality and the facts are this does not mean people are not injured, and in some cases they get seriously injured.

There are more than 3 million of these low speed rear impact crashes every year and the number, for several reasons, is on the rise. It is a sad reality that most health care providers understand the condition poorly and render treatment commensurate with their level of knowledge. Considering the numbers, this means that for the minority of physicians trained well in whiplash traumatology, the volume of potential patients is staggering.

Motor vehicle trauma is the single most important agent in both fatal and mild brain injuries, which accounts for 60% to 67% of all head injuries. Earlier reports ranged from 40% to 60% caused by MVC with the most common diagnosis given, being concussion. Many of these MVC-related injuries are the result of blunt head injury (a.k.a. soft head injury) which describes contact with some object, but without penetration of the skull. An example would be striking the steering wheel or door post. The term of choice today is mild traumatic brain injury (MTBI) or traumatic brain injury (TBI) since it is the brain, rather than the head, that we are usually most concerned with.

With victims suffering only from minor scratches and a little shock, but for the unfortunate few, the gruesome reality that they have to face after the crash can be very daunting.

Common injuries caused by car crashes are neck, and back injuries. Most of the victims suffer from severe shock on the onset of the crash that they can even manage to pull themselves out of the wreck; some even survive for months before succumbing to death.

MANY HEAD INJURIES ARE MISSED BY MEDICAL DOCTORS AND CHIROPRACTORS

But what many providers and victims are missing are the subtle symptoms that add up to miss diagnosed head injuries.

Concussion – Over the years, this term has been defined in a number of ways which hover at the margins of logic. For example, for many authors a prerequisite for the diagnosis of concussion was some period of loss of consciousness. Since a loss of consciousness implies a total inability to understand any event, the requirement for this recollection from a person who may have been unconscious is silly.

The Academy of Neurology has now proclaimed that “altered” consciousness is sufficient, given the high index of suspicion and other factors. Concussion can also be graded as follows:

Grade 3 : Any loss of consciousness, either brief (seconds) or prolonged (minutes).

Following this line of thought, Gennarelli et al. (1570) has defined the continuum of MTBI as follows:

The most serious of all injuries are those that are sustained by the brain. The effects are often hard to diagnose, with a few patients actually being able to recover while others may just have to live a life of pain and lifetime medications.

YOUR CLIENT DOES NOT HAVE TO LOSE CONSCIOUSNESS TO HAVE SUSTAINED A MILD TRAUMATIC HEAD INJURY.

Barnat et al.  has estimated that whiplash injuries are the second most common cause of Post traumatic Headaches (PTHA) in this country.

Barnat et al. has also described the frequency of complaints associated with PTHA, and these are listed in somewhat modified from symptoms common to Post Concussion Syndrome (PCS) are listed below.

Common complaints in PTHA patients will have the following or any combination of the list below: 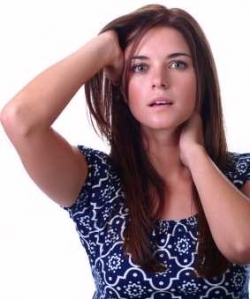 The “Sports Argument” – An often used strategy for refuting brain injuries in whiplash trauma has been the sports defense in which it is argued that hard contact sports rarely result in such injuries. 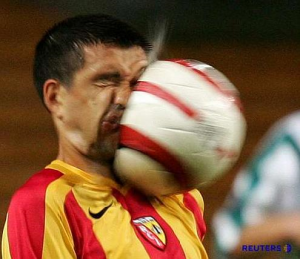 Running contrary to such comments is a recent report by Tysvaer. In this study, active and retired professional soccer players were evaluated and compared to controls and it was found that 3% of active and 30% of retired players suffered from permanent problems such as headache, dizziness, irritability, impaired memory, and neck pain. Roughly a third in each group were found to have abnormal EEGs and one third of the former players showed cerebral atrophy on CT examination, while 81% had mild to severe neuropsychological impairment.

Presumably American football players would display similar results. In fact, Ingersoll reviews the sports medicine literature and finds that about 9% of all high school football injuries, and about 4.5% of all college football injuries are concussion, sometimes with severe long term effects. Most amateur boxers escape relatively unscathed because they are in a very high state of both readiness and physical condition. However, most of the boxers studied have not had a large number of bouts (nor have they tangled with the likes of Mike Tyson!).

Difficulty with new or abstract concepts.

Researchers have also pointed out that experiencing any kind of trauma during a person’s younger years could cause Alzheimer’s disease later on in his life. The more serious the head injury is, the higher the chances that the car crash victim would have AD when he’s older.

Problems on motor skills usually occur and a small percentage of these victims actually suffer from Parkinson’s disease which would then result to uncontrolled trembling, stiffness or rigidity, paralysis, or stooped posture.

A car crash could occur in just a couple of tenths of a second yet the debilitating effects can be far-reaching. No amount of insurance claim could bring back the vigor of a victim. The injuries caused by a car crash may be short-term or they could last the victim’s entire lifetime. This is why family members should be extra patient during these hard times.

If you have any questions or if you would like more information, please contact Dr. John Doe at Johndoe@JonhdoeChiiro.com or 555-555-1212

Gennarelli TA: Biomechanics of head injury. Conference on the biomechanics of impact trauma. Association for the Advancement of Automotive Medicine, 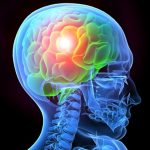